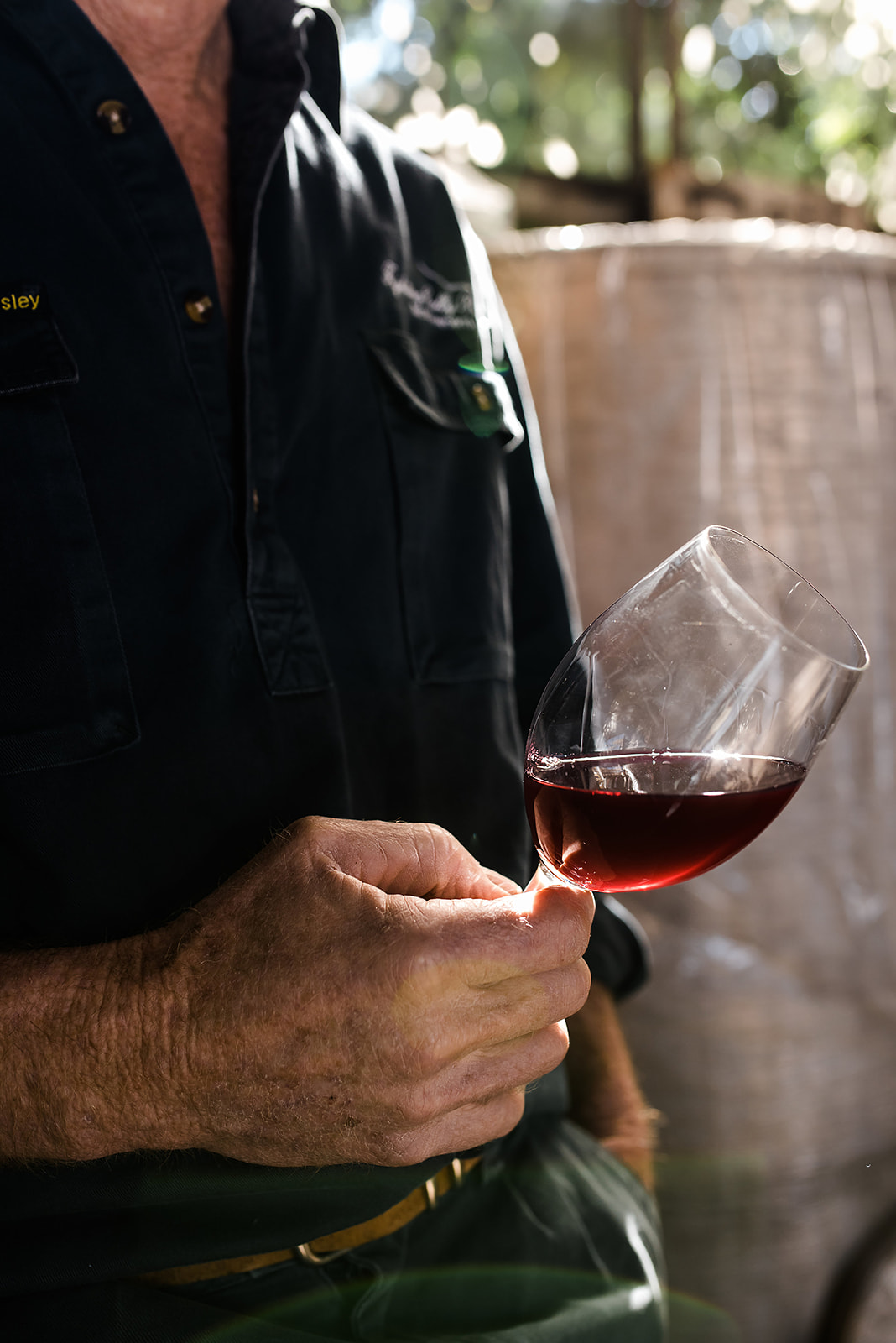 When chance brought Mark Walpole and fellow vigneron Alberto Antonini together on an international flight in 1997, the world of alternative varieties in Australia didn’t know what it was in for.

The Sangiovese clone that existed in Australia from the 1960’s until that time was a bit like suburban Italian cuisine – a pretty disappointing imitation of the real thing. The decades of free love, radical growth and excess had created demand for grape clones that produced huge quantities, rather than the high quality that Mark and Alberto pursued.

The H6V9 Sangiovese clone in Australia had been procured by the CSIRO from California’s Davis University. “It was so much simpler”, says Mark. “Rather than going to Spain for Tempranillo, or Verdelho, they would get it from Davis, who were busy selecting clones to be free of disease and high yielding.”

“H6V9 was clearly selected from Tuscany during the period where it was just all about production”, Mark says. “Chianti, at that stage, was regarded as being thin, insipid, high acidity, and low colour, so unless you had a really good site and did a lot of work in the vineyard, it was really difficult to make a good wine with the H6V9 clone.”

In an effort to improve on the paucity of Sangiovese in Australia, Alberto and Mark embarked on an adventure to bring the good stuff down under. “We brought in a whole pile of new Sangiovese clones, and other Italian stuff”, says Mark. “A lot of those clones we brought in were from really, really old vineyards; one, in particular, had had no new genetic material brought into that vineyard for a couple of hundred years.” Mark hand-selected his favourites from the varieties, and planted them at the prime site he had eyed off in Beechworth – Fighting Gully Road.“Those new clones have changed the face of Sangiovese in Australia. They’re lower yield (naturally), loose clusters, and smaller berries, and so it’s much, much easier to make good wine than before,” says Mark.

“The genetic diversity in Sangiovese is absolutely enormous. There are lots of biotypes, and then there are clones within those biotypes” Mark explains knowingly, and patiently. “The Brunello biotype has many different clones within it, which are generally bigger bunches with bigger berries, and have really thick, tannic skins – so they perfectly suit the conditions in the warmer, drier part of Tuscany. We’ve got some of those clones which we use for the reserve ‘black label’ Sangiovese wines” says Mark, “like the La Longa Sangiovese, which is a bit more structural.”

The original Fighting Gully Road ‘white label’ Sangiovese is predominantly made from old chianti clones, MAT 6 and MAT 7. “It‘s also got 5% or so of another old Tuscan red in there which we brought in at the same time, called Colorino”, Mark says. “If you’re talking about Sange, you have to talk about Colorino.”

During the Fiaschi period in the 1960’s, when Chianti came in wicker flasks, quantity over quality was the name of the game – Chianti was lower alcohol, around 11.5%, lacking colour and was acidic – really acidic. “Colorino is the opposite of all that”, says Mark. “It has huge colour, no acid, and was a perfect blender with Sange in that period. It softened the wine, gave it colour and a bit of flavour.”

Colorino is rarely used in Tuscany today, as clonal selection and viticultural practices have changed so much. But Mark finds that here, in Victoria’s High Country, a little dash of color adds another dimension to the Sangiovese. “When we do the blending, we always look at all the Sange barrels, put the whole wine together, and then we look at it with the Colorino. It’s always a better wine with the Colorino in than without, so it always goes in” explains Mark. “It’s rare – very few people in Australia grow it. We have one row of Colorino at Fighting Gully Road, and that’s plenty.”

It’s quite the story, what Mark has done with Sangiovese in this country.